The first floor of NLH echoed with gunfire, revving of engines, and football chants as The MIT Gaming club held their first event of the semester – The Ultimate Gaming Championship. The event was held from the 27th to 29th of January where they not only conducted tournaments but also included a free-for-all gaming ‘feast’ where participants could play for fun. 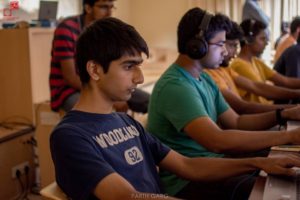 The competitive games being played were FIFA 14, Mortal Kombat X, Blur, and Call of Duty MW3. Call of Duty proved to be the most popular and had many students registering in teams. Lone participants were allotted four others to form a team. The tournaments had knockout stages followed by brackets (or further knockout rounds) depending on the number of participants. Though controllers and laptops were provided by the organizers, many chose to use their own. The high level of skill came as a surprise to some and a few of the rounds turned out to be extremely competitive. “I participated in FIFA and Mortal Kombat. I thought I was good because I play a lot, but then I lost convincingly in the first round” said Rishabh, a second year student.

The first day – which had over fifty students registering for the championship – was marred by technical difficulties that delayed some of the games. The miffed participants headed over to the Gaming Feast where they played games like Mario Kart and Super Smash Bros while they awaited their turn. 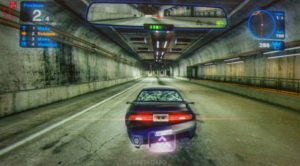 The second day had a higher turnout with around fifty-five new registrations and proceeded smoothly. The tournaments concluded on the 29th with the winners walking away with cash prizes. “We are pretty happy with the turnout considering we planned this on short notice”, said Saksham Kumar, the president of the MIT Gaming Club. The Ultimate Gaming Championship managed to attract casual players as well as seasoned gamers. Despite a few hitches on the first day, the event proved to be a rousing success.

About the author Pranav Iyer