The Ingenious Musings of Being ‘Misplaced in Monochrome’—A Review

A beautiful medley of desires and inhibitions, Naqaab Filmmaking’s Misplaced in Monochrome was released on 17th July. The new short film is a marvellous display of love, self-acceptance, longing and mystery. The film predominantly adopts the theme of love and acceptance for the LGBTQIA+ movement while creating hilarity through its zany plot. Through its silent entertaining jabs and a captivating storyline, the film promises a humorous and intense experience. This kaleidoscopic movie is suspenseful and sentimental at the same time and will leave you pondering over the intricacies of life. 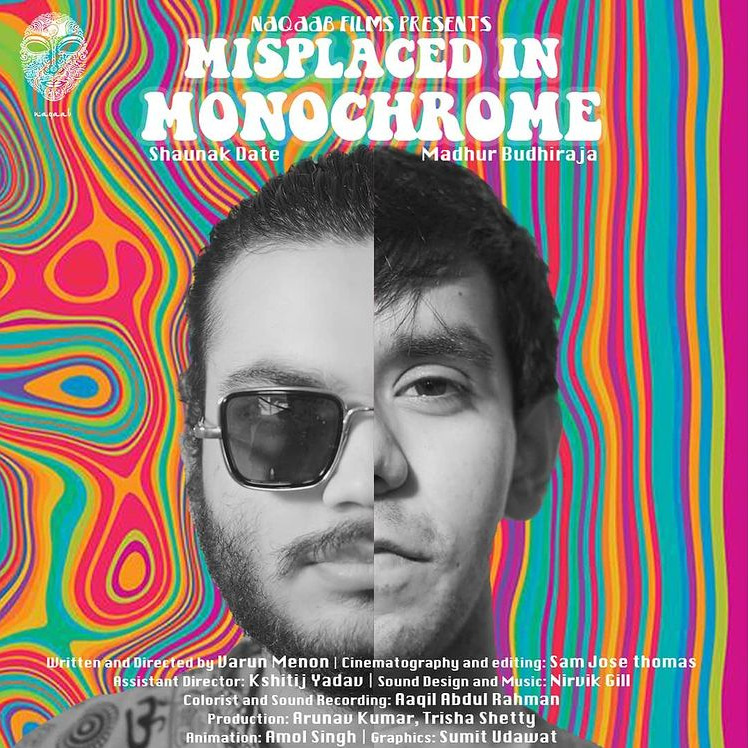 The movie revolves around the character Viyaan, played by Madhur Budhiraja, who has fallen in love with Ishir. He fears that he may not reciprocate his feelings and struggles with accepting his sexuality. One night, a hallucinating Viyaan wakes up to find at his bedside a personified embodiment of ‘God’, portrayed by Shaunak Date.

As he comes to terms with the intruder in his room, Viyaan begins to chat with this ‘God’, and a hilarious exchange of dialogues ensues. Their lighthearted banter soon turns into an enlightening and impassionate narrative that runs high on intimacy and strives to uncover answers. Viyaan has a blissfully psychedelic night of exploration and contemplation, addressing some of his most profound doubts and deepest inhibitions. 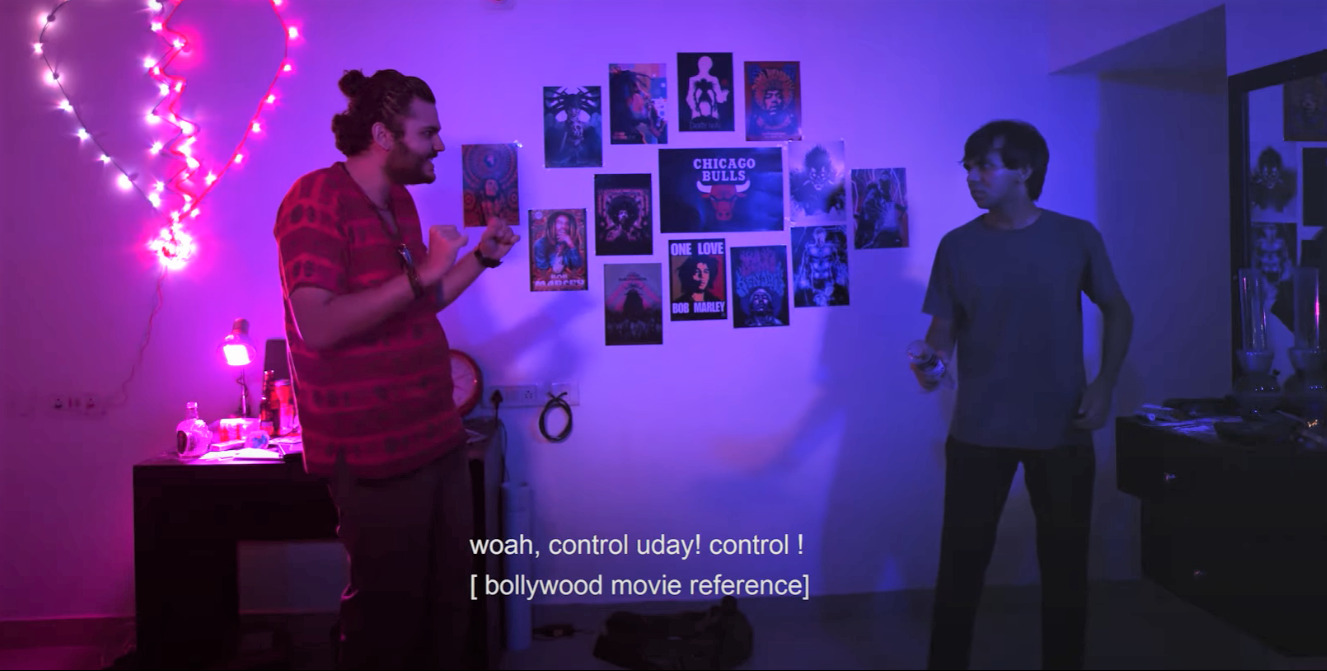 This tale of romantic melancholy is exceptionally moving and smartly written, such that even the harshest of critics would be left nit-picking to find any shortcomings. The movie is an apt portrayal of self-doubt and societal exclusion that accompanies a person going through self-discovery and refrains from indulging in the stereotypes that usually plague the representation of different sexual orientations. Perhaps the film’s best aspect is that it is not until the climax that one sees the true direction of the movie, proving that it is the plot that shines brightest in this film without coming off as didactic or becoming an overbearing lesson.

Along with palpable chemistry and witty screenwriting, it also boasts a striking background score and stunning hues of red, blue and violet, all blending to form a treat for the senses. It flawlessly conveys that those who dare to be their genuine and unapologetic selves and show their true colours are often misplaced in the monochromatic labyrinth of life. An amalgamation of superb cinematography, writing and acting, ‘Misplaced in Monochrome’ is storytelling at its finest and a must-watch for all.

About the author Ankita Veerabahu