Separating Art from the Artist—Controversial Creators and Conflicted Consumers

The citizens of the 21st century are no strangers to the media shaping their opinions. One might even say that a significant portion of one’s personality is merely an amalgamation of the content they have viewed over various media platforms throughout their lives. Media in the present world holds more meaning now than it ever did. Movies and books of all genres have consistently influenced changes in pop culture, fashion, and even political scenarios. Broadcast and print media are invaluable assets to present-day society, and undeniably so. But the real power can be said to belong to the singular entities—the directors, authors, and artists. Their intellectual and artistic abilities can sway the public to the point that they are revered and therefore not held accountable for blatant transgressions and propagating fallacious ideas that hinder progressive thought.

Creators benefit greatly in terms of public reputation when their works are well-received by the masses. A common perception is that if the creation is good, then the creator itself is inherently good. More often than not, this perception generates large-scale support and therefore creates a virtual army of sorts, ready to defend their beloved filmmakers, writers, actors, etc., on all possible fronts, even when they are indisputably at fault. One can credit this support to the fact that movies and written works, among other art forms, have the ability to evoke strong emotions from their audience, to bring about inspiration, and comfort.

Naturally, these viewers feel a strong sense of attachment and protectiveness towards the creators as well. Unfortunately, most of the public having a positive or negative opinion about someone doesn’t hold much gravity, as public portrayals of famous personalities are heavily manipulated by associated corporates, media outlets, and many other beneficiaries of the respective artists.  For the most part, this system works efficiently, protecting the artists and maintaining their pristine reputation. But we must take solace in the fact that despite having worldwide acclaim, academy recognised achievements, and resources worth millions of dollars, many celebrities have not been able to escape the repercussions of the heinous crimes they have committed.

A poignant example of this is the Harvey Weinstein sexual assault allegations which first came to light in 2006 and finally gained momentum in 2017, giving rise to the #MeToo movement, ultimately leading to his 23-year prison sentence. The dilemma of supporting controversial artists has always been a pertinent subject.  Social media has also proved to be fundamental to the judgment and outcome of such complex situations, allowing the public to analyse the situation for themselves. Sadly, there seems to be no shortage of controversial artists that force audiences to reconsider their support.

Bryan Singer, director of critically acclaimed works such as The Usual Suspects, Valkyrie, X-Men: Apocalypse, and more recently, Bohemian Rhapsody has had his fair share of controversies. Known as a blockbuster director, he is infamous for wild partying, unprofessional behaviour on movie sets, and a myriad of sexual assault allegations against minors which have tainted the reputation of both Singer and his associates. The victims typically happened to be young males in the age range of 14-17. Despite several allegations made since early 1994 and more appearing over time, all pressed charges were dropped owing to a lack of substantial evidence.

The first lawsuit against Singer was brought in 2014. However, the case was withdrawn, and Singer was acquitted on all charges. His career continued to be tumultuous following the lawsuit. He had been fired by 20th Century Fox, (now 20th Century Studios), as director of Bohemian Rhapsody in December 2017, following an unprecedented increase in the number of sexual assault accusations. The scandals, however, barely impacted the success of the film, with Bohemian Rhapsody grossing $903 million globally, making it the most successful music biopic of all time. It won 13 awards overall, including 4 Oscar Academy awards. An interesting situation associated with this film was that fans could not distinguish the movie from the Bryan Singer accusations and were torn while giving reviews. Many criticised the film for being released at all and expressed discontent with it winning awards for best motion picture, as Singer was given credits. Others who enjoyed the film either defended Bryan or were shamed for supporting his work, and therefore his behaviours. 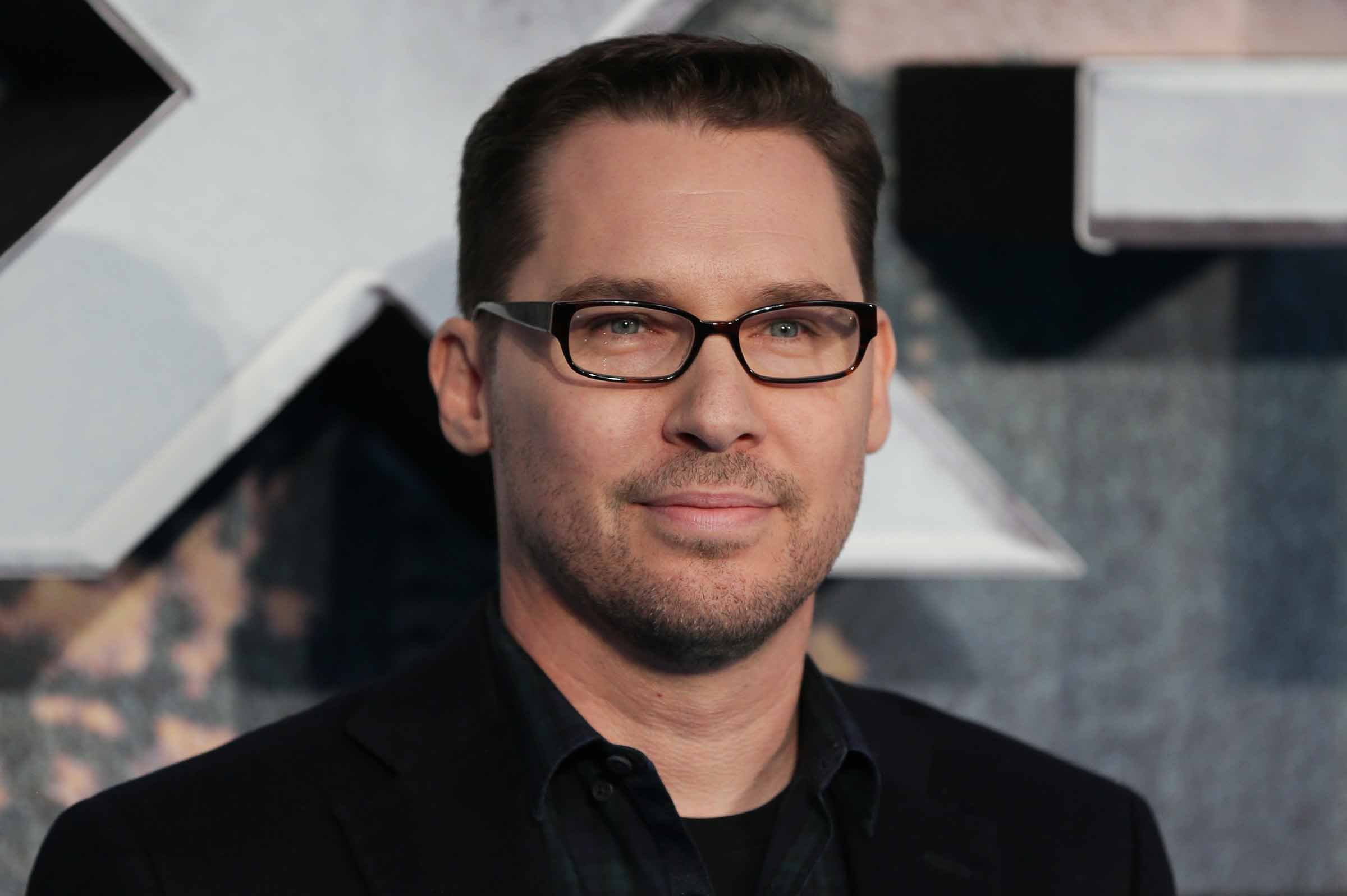 Hollywood director Bryan Singer has faced a multitude of sexual assault allegations throughout his over three-decade-long career. [Image Credits: AFP via Getty Images]

THE DOWNFALL OF A LITERARY EMPIRE—J K ROWLING TERF CONTROVERSY

In June of 2020, renowned author J K Rowling had posted a series of tweets voicing her opinions about the transgender community and transwomen in specific. The tweets were disrespectful, discriminatory, and replete with outdated beliefs regarding transgender people and the concept of gender identity and biological sex. It began with her trying to justify that only “people who menstruate” could be referred to as women, a concept that not only is scientifically incorrect but also invalidates the gender identity of transwomen and non-binary people. These were followed by more tweets that only made her sound ignorant and established that her statements were poorly-researched and misinformed. Her words were met with immense backlash from social media users all over the globe, and she was soon labelled a TERF (Trans-exclusionary Radical Feminist), owing to her allegedly using her pseudo-feminist manifesto to propagate untruths.

Unfortunately, the ones most affected by her assertions were her young readers, many of whom are a part or are allies of the LGBTQ+ community. The Harry Potter franchise had always been a safe space for readers and fans to grow into their identity and find themselves by relating to the series’ characters. Rowling had even once mentioned one of the main characters, Albus Dumbledore, to be a gay man, although Dumbledore’s sexuality was never actually explored in the books. The last straw seemed to be when Rowling unabashedly stood in defense of Maya Forstater, a researcher who had been dismissed from her job for her numerous anti-transgender tweets, which opposed government initiatives to reform the Gender Recognition Act to allow people to self-identify as the opposite sex. As the audience is propelled into a situation where they are forced to choose between enjoying the craft or entirely shunning it due to its questionable craftsman, the question arises—can we truly treat artists and their works as mutually exclusive? The idea of separating art from the artist, although seemingly simple, was considered inconceivable until the age of New Criticism in the early to middle of the 20th century. The New Criticism theory emphasized treating literary works as independent units whose meaning must be derived from the text itself, and that historical and biographical data had no bearings on its interpretation. New Criticism works reasonably well, primarily for literary works whose authors are long gone, leaving the interpretation of the works up to the reader. However, when considering movies and books whose creators are still alive and have their own interpretation of the works, it is tough to dismiss their perspective and not take their intentions into account. Of course, the consumers are not responsible for the ethics and morality of the artists. Still, perhaps they feel that they may also be fuelling their morally indefensible acts by engaging with the works. All things considered, we cannot entirely disregard the makers as it could potentially take away from the seriousness of the art itself.

At this point, one wonders if they can disengage themselves from interacting with the creators themselves while still enjoying the work. The idea here is to prevent funding the tendentious creatives or providing a platform to avoid being complicit in them. This is possible up to an extent by finding alternative methods to view these works without directly sponsoring the creatives or their associates, such as borrowing the books or watching pirated versions of the movies.

An important aspect to remember is the role we play as consumers. The part played by the audience in the success of artists in any field is irreplaceable. The artists are given a position of power and placed on a pedestal, but the fact of the matter is that consumers can potentially make or break their entire careers. The creators must never take the audience for granted and realise that no one is exempt from retribution, no matter the degree to which their works impact society. Fanaticism also contributes to the level of authority a famous creator can have over its audience due to biased fans who believe that their favourite directors, authors, etc., could do no wrong. Fans can impede the judicial process by rallying for the artists’ innocuousness. There remain countless contemporaries who continue to enjoy the benefit of the doubt due to their fans’ unwavering support.

Ultimately, the final decision of this matter tends to be subjective to the audience. If they have truly enjoyed what the artist has to offer, then, by all means, they are allowed to continue enjoying them in any capacity. One shouldn’t be shamed for appreciating what they enjoy. The response to creative works is often an emotional reaction that usually forgoes conscious or rational thought regarding its source. That being said, while our modern world continues to debate the best possible method to approach this matter, we may allow art to transcend the reality of human flaws, lest it curtails what may have been a source of joy to many.

About the author Diya Chakravarty