Running Against Sexual Violence—Footsteps to Inspire by Manipal Runners’ Club

Claire McFarlane was a 22-year-old with dreams of studying art in Paris. On July 18th 1999, as she was returning from work, she was brutally beaten and raped and left to die in an alleyway. That night set her on a struggle for justice that lasted sixteen years. In July 2015, she finally received due compensation and justice from the French court.

McFarlane’s sixteen-year ordeal for justice was one riddled with stigmas waiting to be challenged and a confidence that had to be built.  In 2014, she made her struggle public and learnt about the stories of several survivors who wrote back, and thus, she began helping others like herself. Hoping to spread awareness about sexual violence and inspire victims to come forward with their experiences, Claire launched her campaign Footsteps to Inspire in 2016. She used running as a uniting factor to ease discomfort and promote dialogue regarding the issue. Various forms of sexual abuse affect a fourth of all women, a sixth of men, and an enormously high number of children every year. Claire aims to interact with communities the world over to discuss the intricacies involving the problem. 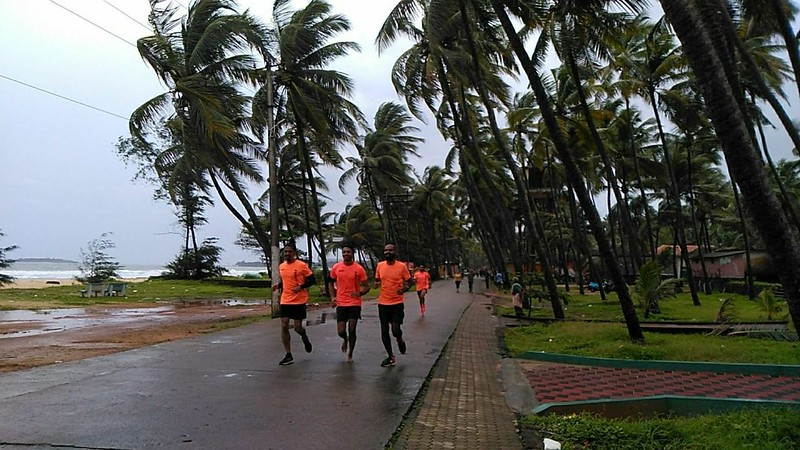 On 4th August 2019, students and staff from colleges across Manipal throttled up their Sunday with an early morning start. The second iteration of the event held by Manipal Runners’ Club witnessed as many as 160 participants gathered at the Edu building, a reception considerably higher than the previous year. Thronging three buses down to Padukare near Malpe, the marathon saw running enthusiasts and novices of many ages running in tandem, in support of the cause. Participants had to trace their path along a road running parallel to the beachside, where they would make their way till a half-point and run back. Furthermore, they had the option to choose either between a ten-kilometre run or a simpler five-kilometre one.

The participants were greeted with light showers moments before the race began. However, it did not deter their efforts and perhaps made the run all the more enthralling. Exercise has a profound influence on health, and when performed through sport, can gather people into a movement and change perceptions and behaviours towards many issues. “A group run not only creates awareness but also brings out the joy of being together,” said Dr Shobha, an Assistant Professor at the Department of Mathematics, MIT. 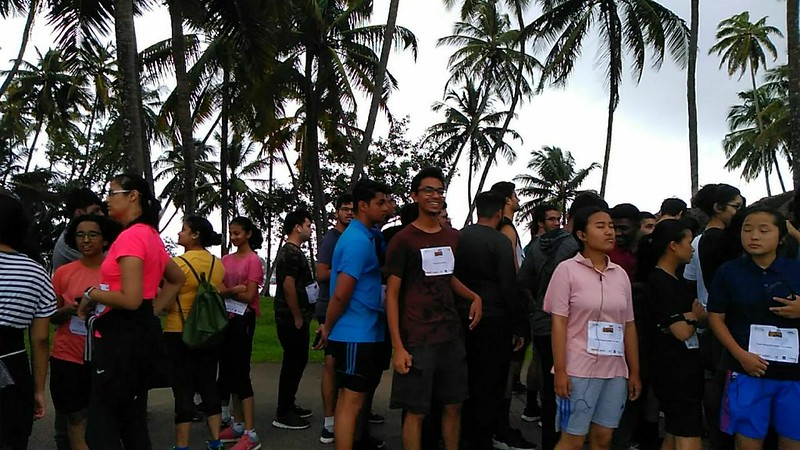 Sexual harassment of various forms is an issue being faced globally, often leaving victims with an everlasting imprint on their mental and physical health. Through the Footsteps To Inspire initiative, people from around Manipal got together and collectively raised their voices in an attempt to spread awareness about the serious issue of sexual violence that has plagued society for ages.

About the author Ashwin Suresh