The Hurricanes defeated the Samurais to emerge as the champions in the second season of the MIT Sports Club’s Cricket League at the Cricket Ground on Saturday. Chasing down a meagre 102 in 20 overs, Hurricanes cruised to victory with seven wickets and 6.3 overs to spare. After a poor performance with the bat, the Samurais failed to make amends in the second innings as well, giving away over 20 extras.

Champions Hurricanes with the trophy 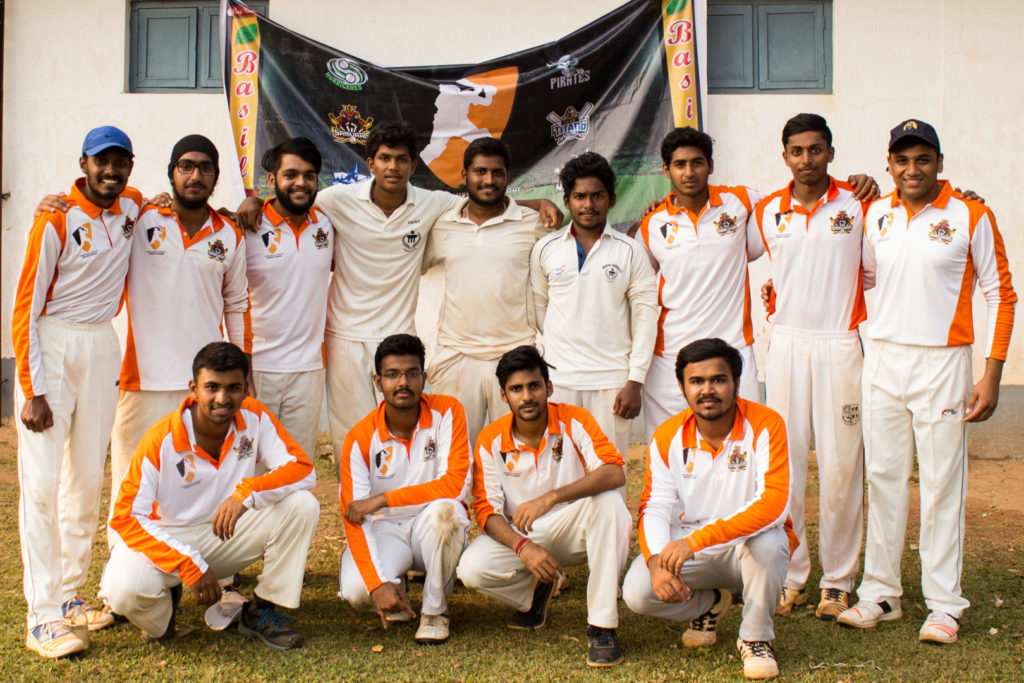 After winning the toss, the Samurais elected to bat first. The Hurricanes got an early breakthrough as Abhishek lost his wicket owing to a brilliant acrobatic catch. Sreyash, the next man in, got out after contributing ten runs to the total. Following his dismissal, Keerthan walked in and built up a solid partnership with opener Likith–scoring 32 off 28 deliveries. Just when it seemed it like they were on the way to a formidable total, Keerthan gave away his wicket. This was followed by four wickets in quick succession, and the innings came to an end with 102 on the board and 6 wickets down. Abhinav Maheshwari emerged with the best bowling figures for the Hurricanes, picking up two wickets and giving away 24 runs.

Vishal and Abhinav Maheshwari opened the innings for the Hurricanes. Thirteen runs came off the first over, with four wides and two boundaries. Two early wickets in quick succession slowed down the pace of their innings for a while. However, Abhinav scored a quickfire 43 off 36 deliveries, with 6 boundaries, supported at the other end by Allen, who got 26 runs off 24 deliveries.

With his all-round performance, Abhinav Maheshwari, who is also the captain of the MIT team, turned out to be a decisive match-winner for the Hurricanes, justifying the 1.37 million tag that he had attracted at the auctions to become the most expensive buy.

After Abhinav departed while attempting a big one, Hurricanes captain Aditya Patil walked into the middle. Keerthan bowled a brilliant spell, ending up with figures of 2/17, but couldn’t prevent the Hurricanes from chasing down the target comfortably, as Aditya scored the winning runs for his team. 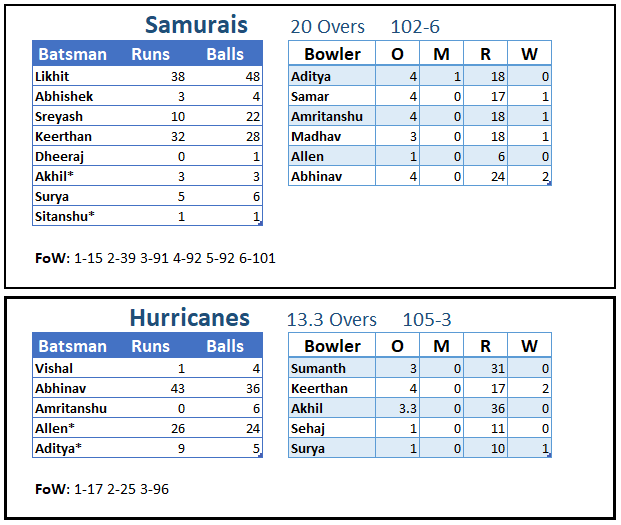 About the author Siddhant Sharma

I am a socially awkward 19-year-old who loves writing about politics and hip-hop music. Furthermore, I am incredibly passionate about ruining conversations with out of context Kendrick Lamar lyrics. I do not want to sound like a braggart, but I recently discovered that I am very good at existing.