“We face a challenge right now, you and I, that is even greater in aspect and scope than a global war. It is a battle for our house and home, and for our future on this planet. It is a moment for all of us to step up: through our personal effort, through the innovations we create, through the policies we support, through the people we vote for. You and I can be a part of the Next Great Generation. We can save Earth—for us. Let’s get to work” -Bill Nye

At a TED talk in April, computer theorist Danny Hillis proposed his ideas for a “thermostat to turn down the temperature of the earth”. Later that evening, climate scientist Kate Marvel got on the stage and told Hillis that he frightens her. What Hillis had proposed were a few concepts of something called geoengineering. Attacking the proposal, Marvel said that geoengineering is like a doctor saying “You have a fever, I know why you have a fever, and we’re not going to treat that. We’re going to give you ibuprofen, and also your nose is going to fall off”. The TED event saw the platform being shared by proponents and opponents of geoengineering, exhibiting the rift in the ranks of environmentalists caused by these schemes.

Geoengineering is the deliberate large-scale intervention in the Earth’s natural systems to counteract climate change. Since the anthropogenic warming of the earth is the result of heat absorption by greenhouse gases, the removal of these, or the reduction of sunlight reaching it would prevent the effect. There are two methods involved in geoengineering: removal of carbon dioxide from the atmosphere, and reflecting a part of the sun’s energy back to space. 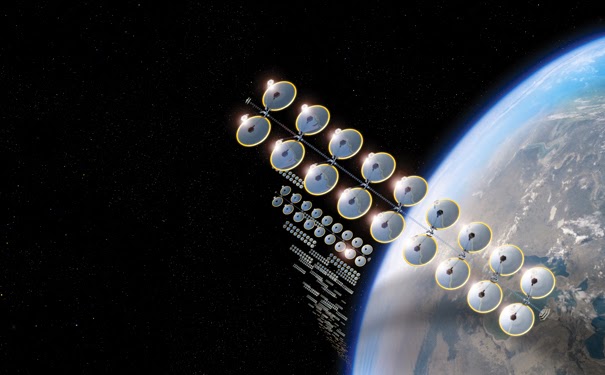 The earth’s temperature is known to drop in the aftermath of a volcanic eruption, as the ejected particles form aerosols in the atmosphere, reflecting sunlight. US scientists recently announced plans to inject aerosols into the earth’s stratosphere, a twenty million dollar project to try and replicate this cooling effect. Physicist Russell Seitz has proposed forming bubbles in seawater and reservoirs to increase its albedo(proportion of light reflected off a surface). Solar Radiation Management, as this is called, can also be brought about by the construction of giant reflectors in space. It might sound ludicrous and far-fetched, but the science still being a conceptual one, it concerns itself more with the principles than the implementation.

Carbon Dioxide Removal can be brought about by various chemical means, like charring biomass and burying it, so that its carbon is locked up in the soil.

Geoengineering has not yet been implemented anywhere. Even assuming that the massive funding such huge projects require is not going to be a problem, there are still plenty of reasons to be wary. The effects of blocking out sunlight cannot be fully predicted. It could change weather patterns with disastrous effects. Famines and droughts are very real possibilities. Geoengineering might involve injecting sulphate particles into the atmosphere, which could cause thinning of the ozone layer. There is also the fear that geoengineering will divert funds and attention away from actual solutions, like reducing our carbon emissions. Geoengineering is not actually solving the problem of climate change. It is simply masking the effects of it. These are only the known risks. Such projects could alter the planet in unimagined and devastating ways. Even the ones in favor of pursuing research in this science concede the possible dangers.

Playing with global phenomenon through geoengineering could be catastrophic. There is still no research that has given it a whole-hearted approval. The best case scenario would be us never having to implement any geoengineering projects.

Carbon Dioxide levels over the years

Currently, the carbon dioxide levels in the atmosphere are still increasing. Even before the USA backed out of the Paris Agreement (which aims to get nations to undertake efforts to combat climate change), things were not looking very good on that front. Taking this into considering, geoengineering might prove to be a useful and maybe even a necessary tool to delay the effects of climate change until we are better equipped to deal with it. Nobel laureate Paul Crutzen argues that with our response to climate change being as grossly disappointing as it is, it is the need of the hour to explore this option.

Geoengineering needs to be given serious thought if only to rule it out as an option. It will require intelligent minds to conclusively state if the risks outweigh the benefits. It is an issue that everyone  – especially engineers – needs to keep an eye on. Engineers possess the skill-sets to make significant contributions towards averting environmental crises. We are perhaps the professionals most suited to deal with these issues. It is not without reason that Environmental Studies is a compulsory subject in the first year, although its significance might be lost on most of us. The general offhandedness with which the subject, and the issue, is dealt with needs to be remedied. The problem needs to be treated with the importance it deserves. With the fate of our planet – or our lives on the planet at the least – in the balance, the woes of the environment are no longer something we can turn a blind eye to.

About the author Anshumanth Rao

Anshumanth TN Rao is the Managing Editor at The MIT Post, and an engineer in the making with dreams of journalism. He has written on an array of topics for The Post, actively liveblogs during college fests, and works on the Post's comic strips among other things. He has worked as a reporting intern for the Deccan Herald, with articles published in the paper.