Electric Vehicles—Charging Into the Future

The world is facing a severe climate crisis, and vehicular emissions are amongst the peak contributors to global warming as 98% of all vehicles in the world run on fossil fuels. With the number of locomotives on the road closing in at around two billion, scientists suggest that carbon emissions need to be cut by nearly 80%. This would require a major fraction of the global fleet of vehicles to use an alternative form of propulsion, with a far lower wells-to-wheels carbon footprint. The electric vehicle is one such automobile, which derives its power from electricity. According to promises made by governments across the world, EVs are estimated to have a share of 22% in the market by 2030.

India does not perform well in this segment, where a measly 0.13% of its 210 million vehicles are electric. The Government of India claims that this number will hit 30% by the end of 2030. This means that in the next 11 years, there should be a 230-fold increase in the amount of on-road electric vehicles. Adding to these staggering statistics, most cities in India do not provide the requirements to facilitate electric vehicles, vis-a-vis charging stations, or steady electric power. Automobile manufacturers are hesitant to participate in the electric vehicle industry due to the high cost to power ratio.

In 2017, Ola planned to revamp the way Indians commute by inducting electric cars into their ride service. Ola secured an initial investment of about $8 million, with a plan to install 200 cars and 50 charging stations to support their fleet. Soon after launching, they faced many obstacles, leading many drivers to quit. It is essential for the success of future schemes that we understand the reasons due to which this plan failed.

The project faced its first major obstacle at its very first step, as it took the company five months to secure the required permissions and licenses for the charging stations. The inefficiency of the governing bodies massively slowed the process down and set a terrible precedent for any other prospective plans to implement EVs nation-wide. Even after securing licenses, Ola’s implementation of charging stations was very poor.

The electric vehicle used by Ola, the Mahindra E2O, had a mileage of about 100 kilometres on a single charge. This meant that the drivers had to recharge their cars quite frequently, at high costs, especially during the summer, when the battery drains much faster. Ola did not live up to its promise of 50 charging stations, and could barely install 25. This led to long queues at charging stations which were a huge hassle for the drivers, who could not afford to waste time. In Nagpur, residents faced heavy traffic jams near an Ola charging station which forced the company to shut it down. The recurring operational expenses to both drivers and Ola proved too much to handle, leading to the program’s eventual downfall.

The Mahindra E2O had a base price of Rs. 7.6 lakhs in contrast to a petrol/diesel car like the Tata Indica, which cost half the price. The drivers, many of whom lived paycheck to paycheck, suffered as these prices heavily cut into their income. To make the program cost-effective, they had to work 13-16 hour days. Neither the drivers nor Ola found this project to be feasible. 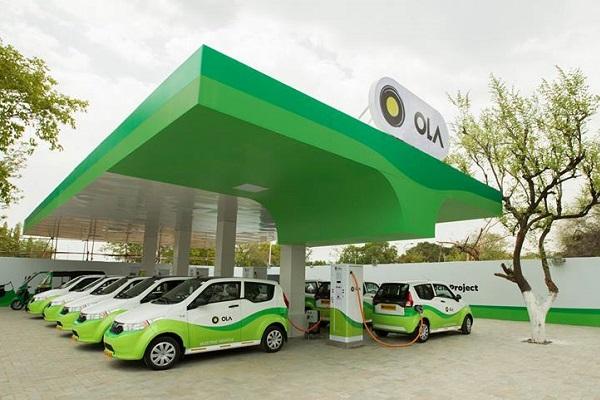 Although prospects in India seem bleak, on the global stage, China and Norway are shining examples of how to implement policies relating to electric vehicles as they have established a strong foothold in the electric vehicle industry.

In April of 2019, Norway made headlines for being the first-ever country to have EVs outsell petrol and gasoline vehicles. Norway’s electric vehicle industry accounts for nearly 60% of the industry’s total sales. They are also leaders in the emission-free vehicle industry, with almost 10,735 zero-emission vehicles to their name. To encourage more people to buy electric cars, the Norwegian government has offered several remarkable incentives. Zero-emission vehicles are exempt from Norway’s carbon dioxide, nitrogen oxide, and weight taxes imposed on gas and diesel vehicles. China is dominating the electric vehicle space, and the majority of countries are dependent on their supplies. The Chinese government has put $60 billion into funding the development of EVs and the accompanying infrastructure. To put this number in context, Softbank’s investment of $8 million in Ola’s scheme was considered revolutionary in India. In 2018, China sold more electric cars than the rest of the world combined and owned 99% of the world’s 250 million electric two-wheelers. They now have more than 100 electric-car manufacturers, along with companies that supply batteries and raw materials to keep the industry running. China controls about 50-77% of expensive raw materials for the battery in the world. Experts say that it’s unlikely other countries will catch up anytime soon. 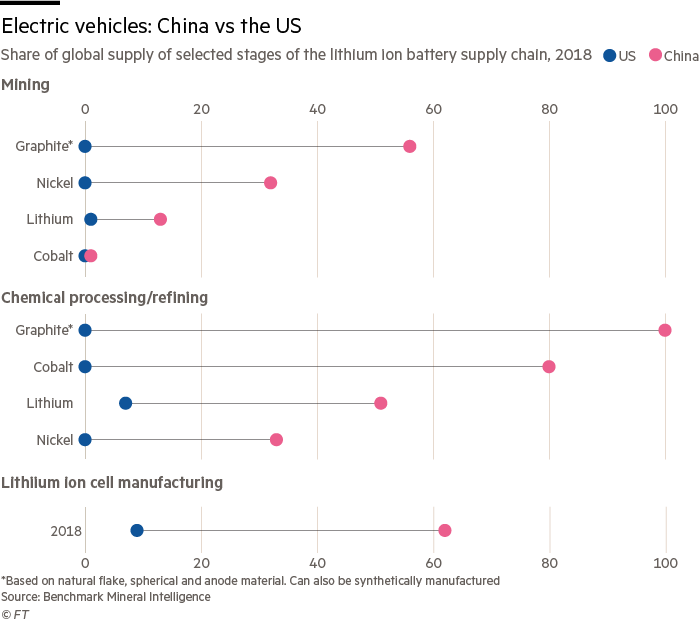 India’s Plan for the Future

One of the most significant issues that EVs face is that they are only as green as the source generating their electricity. Vast coal-fired plants produce 72% of India’s power. Besides CO2, burning coal produces pollutants like mercury, sulphur dioxide, and particulate matter, which causes respiratory illnesses. The problem is that coal is cheap, and developing economies like India prefer low-cost fuel sources. In a report by BP Energy Outlook, India’s net CO2 emissions will double by 2040. The current primary sources of electricity contribute just as much to pollution as either diesel or gasoline vehicles. India needs to ensure that four major issues—renewable energy, incentives, feasibility, and accessibility for genuinely green, affordable electric vehicles—are taken care of.

In the past few years, India has begun to move in the right direction. The government’s plan includes the doubling of India’s wind power capacity and producing nearly 15 times more solar energy. A blueprint draft published by the Central Electricity Authority projects that 57% of the total electricity capacity will be from renewable sources by 2027. The main drawback of renewable energy is that they are not as affordable and reliable as coal, which may result in constant electric supply being just a far-fetched idea.

From Norway’s case study, it’s clear that attractive incentives will drive the consumers to the product. Recently, the Government of India approved total funding of $1.4 billion for incentives and subsidies as a part of their FAME—Faster Adoption and Manufacturing of (Hybrid &) Electric Vehicles scheme. Of the $1.4 billion, about $1.2 billion has been reserved for subsidies and $140 million for charging infrastructure. The non-fiscal incentives include a waiver or reduction in road taxes, toll tax, parking fees, registration charges, and more. As stated earlier, the primary reason for EVs being priced higher is due to their battery components, especially lithium and cobalt. To make matters worse, most reserves for these raw materials are localised to a few countries like lithium in Bolivia and Chile, and cobalt in Congo. Due to this short supply, the battery alone accounts for 70% of the cost of two-wheelers and 50% of cars. India’s scarce indigenous resources of these elements force her to import 90% of electric scooter components from China.

Experts believe that India should not go for large scale adoption of EVs, and instead use this decade to become a leader in next-generation battery technology. If India succeeds in this endeavour, it would be a groundbreaking innovation for both the Indian and global electric vehicle market.

One of the biggest resistances to the Indian EV market is accessibility. Nearly 67% of India’s population is rural, and most people in these regions can barely afford a vehicle at all. Moreover, EVs are available at tier 1 and tier 2 cities only, which makes it difficult for others to get their hands on them. The cost of charging stations, maintenance, and logistics make EVs an unnecessary luxury.

In December 2018, the Ministry of Power laid out some guidelines to help improve accessibility:

There have been many heartening signs of improvement. In the government’s 2019 budget, Finance Minister Nirmala Sitharaman announced the reduction of GST on electric vehicles from 12% to 5%.  Adding to the incentives, the government will provide an additional income tax deduction of Rs 1.5 lakh on loans taken to purchase EVs.

Ironically, for a country filled with a surplus of engineers, a lack of employable engineers has arisen as a key issue. A recent article by the Economic Times finds that companies like TVS, Continental, and Ather are looking for engineers in countries like Germany and Japan after ‘exhausting’ local human resources. India is facing a major economic slowdown, and the automobile industry itself is drowning in losses. Vehicles are trying to stay compliant with the new Bharat Stage norms and therefore, are avoiding going electric altogether. A plethora of issues regarding the vehicle sector are yet to be sorted out, and EVs are presumed to be an annoying hindrance. It has come to a point where most people care more about the issues that arise when one purchases an EV than the benefits of the technology itself. Until people are educated and sensitised about the benefits of owning an electric vehicle, a grim future looms over the EV industry.

About the author Adithya Nayak