With the lockdown being imposed on our country for over a year, the mass multitude had no choice but to stay at home and rely on social media and OTT platforms for entertainment. These platforms are known for their boldness in the expression of ideas and thoughts, which gives its content uniqueness and the ‘kick’ that the content in cinema houses lacks. The content of these platforms is therefore not accessible to everyone due to its density, character and sensitivity. A paid subscription is hence mandatory to gain access to streaming content on these platforms.

Along with content creators, viewers are largely impacted by the involvement of a censorship committee too. The kind of media consumed now has to pass through the filters set in place by the censors. The positive influences that these bring in are numerous. One of the biggest qualms parents have is that OTT platforms have no restrictions on inappropriate content. For example, some children might get misled by movie titles and end up watching content unsuitable for them. While some OTT platforms display recommended viewing ages, they are merely suggestions and might get overlooked. Censorship, at least to a certain degree, would help children consume media appropriate to their age. Additionally, it would allow control over how gory scenes are, which might otherwise hurt individuals. For instance, scenes depicting violence, self-harm or bloodshed may be a trigger for re-experiencing trauma in some people. 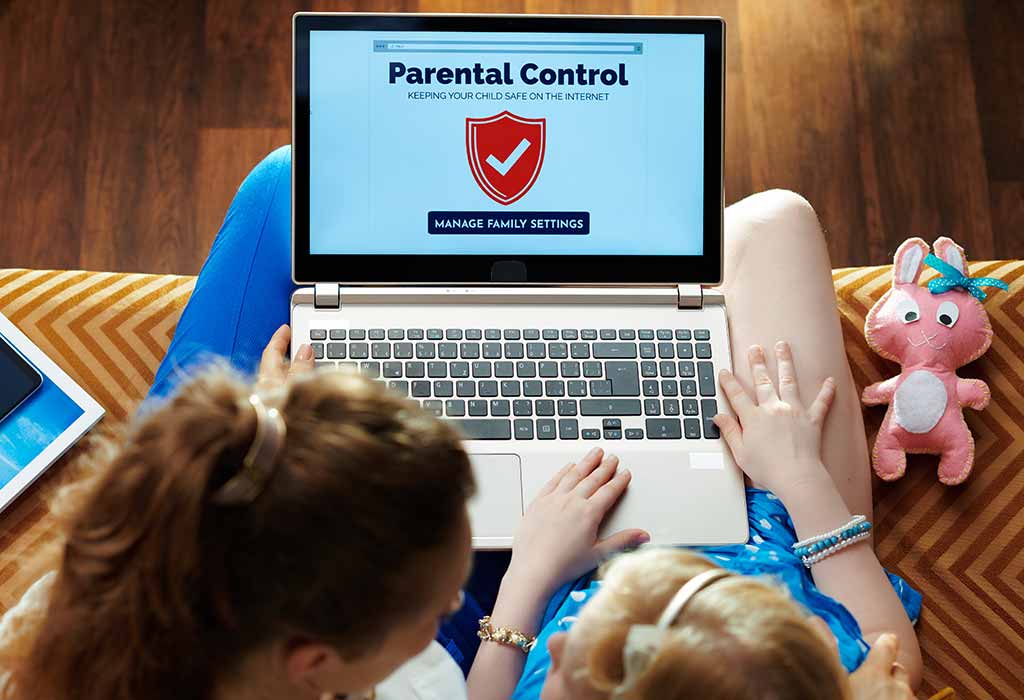 Parental controls are available to monitor what your child views. [ Source: FirstCry Parenting]

Censorship has been a popular topic of late due to much controversy around certain shows that were aired. Both John Oliver’s and Hasan Minaj’s shows criticised political decisions taken by India, which incited divided thoughts. “Sacred Games”, “Tandav, and “Leila” were also subjected to criticism for displaying sensitive topics such as Hindu nationalism, nudity and caste issues in inflammatory light. In such cases, censorship would be a much-needed knife cutting through scenes damaging nationalistic or political sentiments which aggravate hatred in the country.

Creating a filter between film and show creators and the audience would be vital in curbing the spread of misinformation. In a survey by YouGov, 57% of people supported at least partial censorship for streaming. Having rules and regulations in place would also avoid hate among different communities. Mere plot devices might cause much damage in a country with such diversity. It might deepen rifts already present amongst people due to political, cultural, and socio-economic differences.

At the same time, it isn’t possible to ignore how the masses are negatively impacted by an intermediary controlling what they watch. With content having to pass through the strict filters of a censorship committee, the variety of media consumed invariably reduces. One of the reasons OTT has surpassed other methods of entertainment is because of the bold opinions and unprocessed truths that can be aired. Censoring content limits what is accessible by the viewers. It does a great disservice to their ability to separate fact from fiction.

Another risk that the population is at includes the formation of biases. Movies and shows have to meet certain criteria and be edited if notified thus. Involving a third party between the creators and viewers creates the possibility of introducing prejudices in a faulty system. Since the audience is fed content from what the regulator deems correct, it may force people to consume a one-sided view of the world.

A valid argument that audiences put forth against censorship is that OTT platforms, barring a few, are pay-to-use. This means that they are consciously paying for the streaming services. They know what they are paying for and the responsibility that comes along with it. It gives people the option of tailoring the content most suited to their requirements and liking.

The main aim of these OTT platforms is to provide diverse content to their audience. OTT platforms are unique and a point of discussion because of the flexibility in creativity that it has to offer, one of the distinguishing features that set them apart. Every content creator thrives on being able to holistically express their content to the mass multitude. Censorship not only takes away the element of essence from the piece of work but also downgrades its potential impact on the audience. It leads to compromised quality of content that is being served to the audience.

OTT platforms serve as a great breakthrough for artists who lack a good budget for production. They are fearless of any event and expression. They show various socio-political issues which cannot be seen in mainstream cinema. Censorship restricts the creator’s experimentation sphere with their own content. 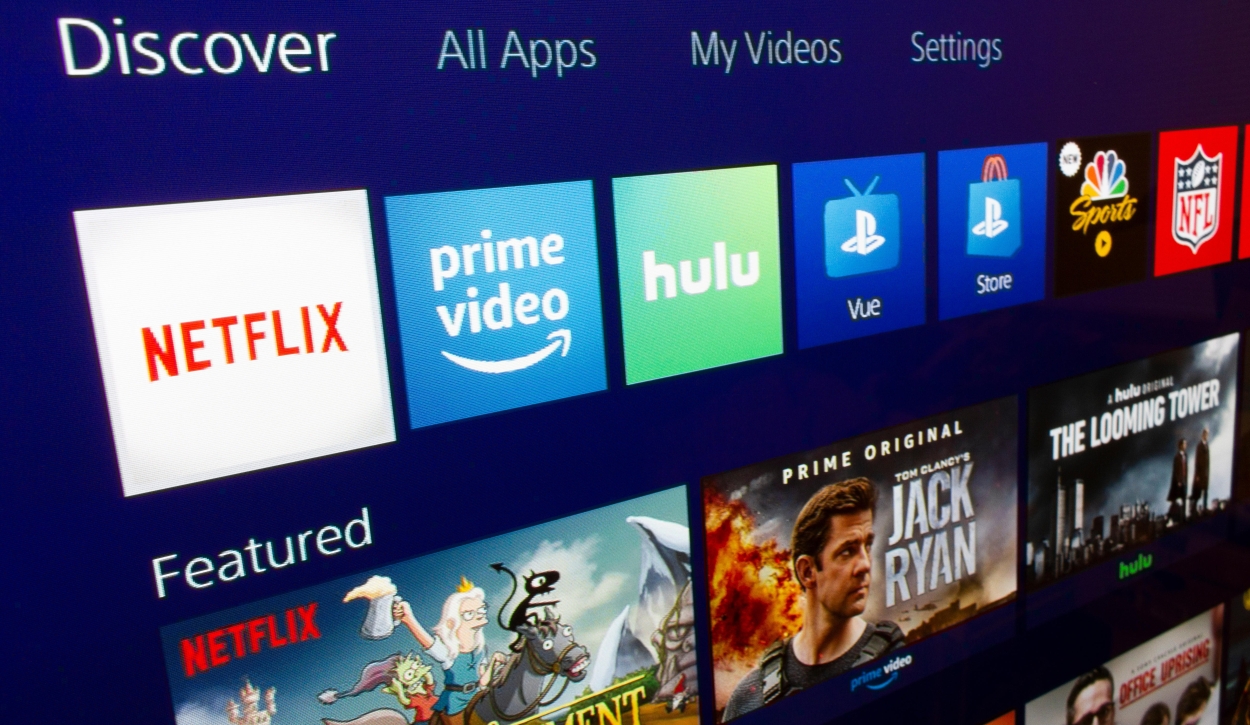 Digital content on OTT platforms to be regulated by the Information and Broadcasting Ministry [Source: Fortune India]

Every coin has two faces to it. Censorship does act as an escape from filming explicit/violent scenes for the content creators, but simultaneously it drives away the potential impact the uncensored content could have had on the audience. This content, no doubt, is bold and free at the expression of different perspectives, but it could potentially have an adverse effect on the viewer’s mind which could lead innocent minds to manifest violence in every situation. Censorship takes off streaming regulation from the content creators. They do not have to worry about what content a viewer chooses to consume since regulatory actions are taken by the censor board where the content is edited appropriately.

When publishing any sensitive content over these OTT platforms, every creator is exposed to the chances of facing lawsuits by the concerned authorities due to potentially hurting their sentiments. Hence with censorship being applicable, the tailoring of this content is in the hands of the censor board, which releases the creator from the risk for actions against the creator as the censor board itself takes care of the censorship. Therefore, via censorship, the liability of content shown lies ultimately with the censorship board and not with the content creator.

What are the OTT platform censorship rules laid down by SC?

Self-Classification of Content:  This guideline states that OTT platforms should self-classify the content present on their platforms into 5 age-specific categories, i.e., U (Universal), U/A 7+, U/A 13+, U/A 16+, and A (Adult).

Parental control implementation will be required for content classified as U/A 13+ or higher. A reliable age verification system shall be mandatorily set up for content classified as “A “(Adult). The publisher of online curated content shall display a content disclaimer describing the nature of the content along with the age-restriction specification and providing enough description about the program for the viewer to make an informed decision before consuming the content.

This guideline states the rules with different levels of regulations. The three-level grievance redressal mechanism:

The new IT rules are aimed at making foreign companies comply with these Indian laws, which have often been dodged in the past. The new rules give the executive the power to censor any digital content with little to no judicial supervision.

What is the self-regulation code?

The self-regulation code states that the viewer has the power to control their content streaming flexibility. The content piece will be labelled with age restriction instructions along with parental control guidelines, therefore, transferring the freedom of content consumption entirely on the viewer. This acts as a beneficiary for the content creators as they do not have to film their work in a censored manner.

After the government felt like the socio-political and religious sentiments of certain masses were hurt via the content of a few series and shows on these OTT platforms, the self-regulatory code alone is no longer considered a reliable censorship method. Hence the new IT rules seem to be stricter in implementation.

About the author Renuka Basawa