Bio-Secure Bubble—Sports in the Pandemic

The year 2020 brought about several unprecedented changes across the globe. A pandemic successfully shut down schools, colleges and workplaces around the world. With all activities confined within homes, mental fatigue and burnout were rampant. In such broken circumstances, the reintroduction of sporting events raised a cheer. They served as a distraction from the grim situation and an opportunity to lend support to our beloved teams. It also provided much-needed jobs and economic relief to hundreds of people. These sporting endeavours now came with a pandemic-induced novel innovation. 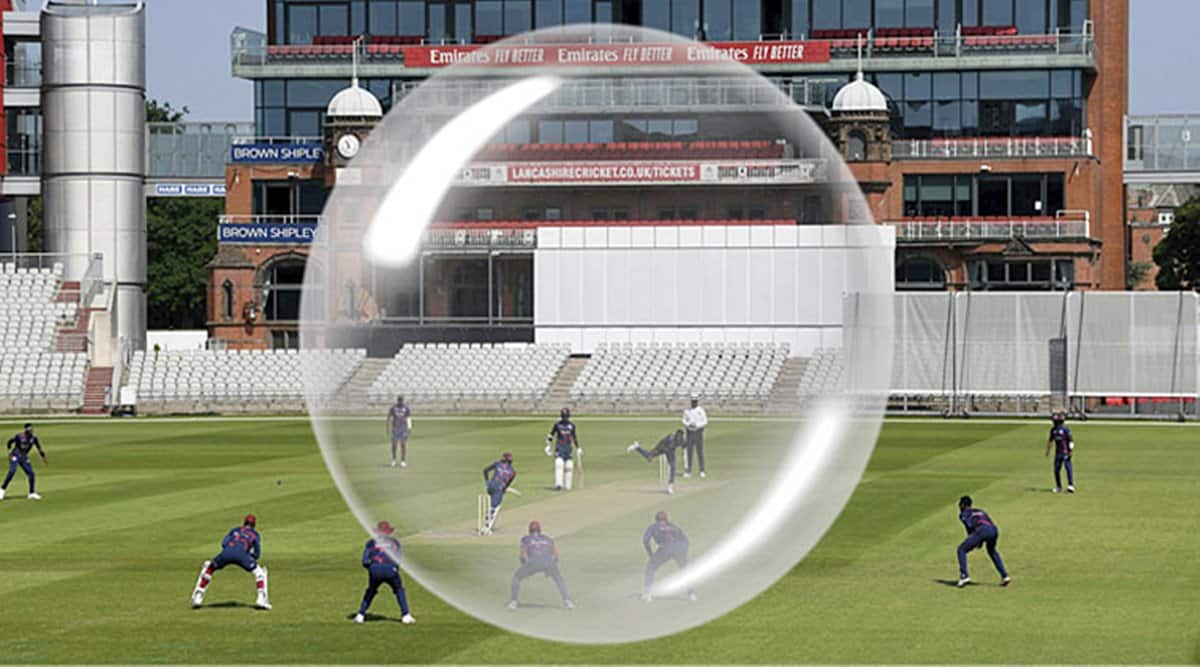 As a result of the pandemic, all sports are being played in a secure bubble. [Image Credits: The Indian Express]

The Bio-secure bubble, popularly referred to as the Bio-bubble, aims to minimise the risk of sportspersons contracting COVID-19. It isolates them from the outside world, permitting only authorised personnel inside protected areas. Moreover, safety is enhanced with repeated testing and regular temperature checks. This secure environment extends to transportation, hotels, training sessions, and matches. An additional mandate of the bio-bubble is that players will be unable to have access to families, visitors, friends, and relatives outside the bio-bubble for the span of the tournament. The most glaring feature, however, is the near-empty stadiums operating with limited to no capacity. The implementation of these rules and regulations requires adept use of technology. As seen in the cricketing events of 2020, Restrata—A UK based safety and security company, utilised Bluetooth to trace, track, and manage outbreaks. They provide a set of applications termed COVID-safe to manage return to sporting events. These applications ensure that people stay within defined boundaries and alerts authorities in case of accidental breaches. They regulate real-time social distancing and are equipped with robust contact tracing. Authorities can control the isolation of infected individuals and issue mass alerts under dire circumstances.

When the NBA touted the idea to convert the ESPN Wide World of Sports Complex at the Walt Disney World Orlando into a city to protect players from the virus, the world was startled. Through stringent medical protocols with the desired comforts, the NBA succeeded with no player falling victim to the disease, setting an example for the world to follow.

One of the first main leagues to resume despite the pandemic was the English Premier League. The US Open successfully followed, implementing the bio-bubble. The match between England and West Indies marked a return to international cricket. After this smooth start, the cricketing schedule went for a toss. While tournaments like the US Open lasted for shorter durations, in cricket, players had to stay in bubbles for extended periods, often moving from one bubble to another. Since the end of the 2020 IPL, The Indian Cricket Team has played eight Test matches, six ODIs, and six T20 Internationals.

“It’s probably been the most challenging thing I’ve ever done as far as a professional, as far as committing to something and actually making it through. I would be lying if I sat up here and (said I) knew that everything inside the bubble, the toll that it would take on your mind and your body and everything else, because it’s been extremely tough.”  -LeBron James on the NBA Bubble.

Confined spaces, repetitive and monotonous activities within the bubble amplify mental fatigue. The confines of staying within rooms could cause players to overthink upcoming matches and wreck the minds of those with additional issues or unwell families. While top-notch facilities are offered to players, the close confines and separation from families foster a prison-like environment. While talent is essential, the present scenario also requires sportspersons to possess mental resilience. Rick Bowness, a Canadian professional ice hockey coach, conceded that living in the National Hockey League bubble was not easy. He proceeded to illustrate that no person outside could imagine what they were going through.

Quite a few athletes have voiced concerns against extended periods in the bio-bubble. Mental fitness coach Paddy Upton has claimed that extended stay could cause dynamic and unique challenges. He rebuked sports bodies across the globe for not conducting adequate research to aid in this new struggle. Several international cricketers like Jason Holder, Sam Curran, Jofra Archer have spoken on the hardships faced. In response to these concerns, all teams’ managements have implemented measures to alleviate the effects by increasing squad sizes. An action all teams emulated is Australia’s idea to have a sports psychologist alongside, tackling bubble fatigue. In this foray, The England Cricket management executed an inspiring plan to rotate the players. While this idea did receive criticism for not putting forward the best team, it ensured that players rest and recharge mentally and physically. 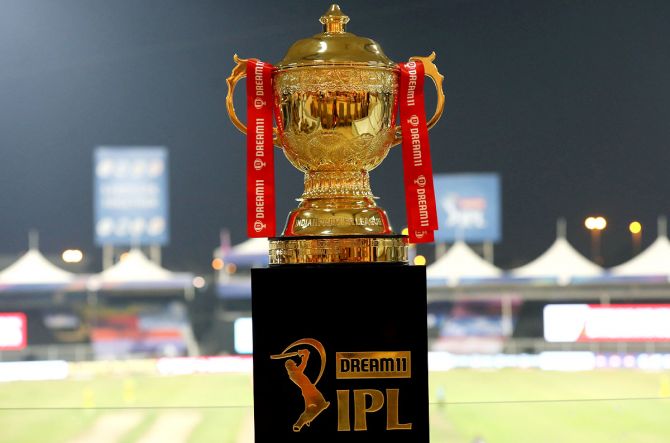 The Indian Premier League – 2021 and The Tokyo Olympics

Riding on the success of the Indian Premier League of 2020, the BCCI has decided to proceed with the IPL 2021. This lucrative tournament held behind closed doors amidst the second wave in the country is raising inquiries. Several of the regulations formulated by the board seem to be lacking on various fronts. The hosting in six venues, inefficient GPS tracking, and the lack of utilisation of a safety and security firm for contact tracing has been put under the radar. Multiple cases across camps have riddled the smooth conduct of this edition. Questions on the games are raging as several cricketers, ground members, and support staff test positive. Numerous players withdrawing from the 14th edition of the game has piled on the misery. Josh Philippe and Mitchell Marsh have spoken out about playing in bubbles for long periods. Mark Wood touched upon another aspect that players consider before stepping back. He admitted that it rewarded them with life-changing money, which made his decision harder.

However, the BCCI had postponed the IPL-2021 after several players and staff from various franchises tested COVID positive. Many countries banning travel to and from India in the wake of exponentially rising cases left numerous overseas players in the lurch. This postponement during the league games jeopardises the country’s dream to host the T20 cricket World Cup as global governing bodies are unlikely to travel to India for the event. It also raises questions on how protected the members in a bio-secure bubble are. Despite all this, the BCCI has re-scheduled the remaining part of the IPL-2021 at UAE and has provided an elaborate health advisory. Notwithstanding that, the live audience matches, the timing of the tournament, and its continuation despite other issues are raising eyebrows.

The Tokyo Olympics, pushed by a year, was held in July 2021. [Image Credits: Olympic.org]

The Olympic Games, already postponed by a year, was held in July 2021. The Olympic Village  accommodated all athletes during the games, with competitors provided with a list of protocols to be followed. All athletes were required to wear face masks except during the games. They were being tested every four days, with their health regularly updated to an app. While the management had encouraged the athletes to receive the vaccine, it was not mandatory.

As the pandemic has not ebbed, the return of normalcy is not guaranteed anytime soon. It essentially means that the upcoming sporting events will be held in a bubble-like environment. Organisations will have to look into the credibility of the “safe” environment. Several sportspersons, including Devdutt Padikkal, Axar Patel, and, Kiran More have contracted the virus while in the bubble. Since efficient alternatives are not known, sports bodies may choose to improve on the existing systems. The scheduling of matches with sufficient time between tournaments, larger squad sizes, rotation policies are some of the solutions to be considered. While the bio-bubble has been successful, it is up to sporting authorities to weigh the adverse impacts against the necessity of sports in this situation.